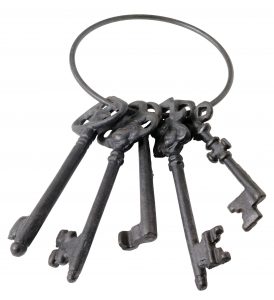 Should you unlock your equity to buy an investment property?

Let me tell you about some people I know from Western Australia, Robert and Jane Baker. They had been married 30 years and bought their first home 2o years ago in the late 1990’s. Like most Aussies, the Bakers had bought and sold houses a few times with mixed results but had never bought an investment property. They knew there was some equity in their current home and had often thought they should buy an investment property for their future.

Robert was in middle management and had been with his company for a long time and retirement was looming on the horizon. Jane was working part time as a teacher’s aide, to do all she could to fund their retirement times ahead. A familiar scenario that I am sure a lot of us can relate to.

Robert saw an add for investment properties in an up and coming suburb. The properties were in Brisbane and he signed up to attend a free seminar that promised to “unlock the equity in his home” and “secure his financial freedom”.

Robert and Jane were excited at the possibility of securing their financial future and signed a contract to buy land and build a 4-bedroom, 2-bathroom modern home on a small block in a brand-new estate that contained around 300 new home sites.

The plans looked great, the rendered images looked amazing, and the projected growth and rental returns were fantastic, and to top it off, the marketing company offered a rental guarantee for that extra piece of mind.

What could possibly go wrong?

Finance was given upon using the family home as security to buy the land, cross collateralising the 2 properties to secure the best financial deal.

With construction of the dwelling due to commence soon, finance was arranged to cover the construction costs again cross collateralising with the family home. There was a shortfall in funds available to complete the construction, however the in-house broker was able to arrange bridging finance to fill the gap.

Don’t be concerned though because the location was hand chosen by the marketing company as a growth hot spot with high sustainable rents. It wouldn’t be long until prices rise in this area and the property could be refinanced to extinguish the bridging loan, they were told…

The first year went as expected, the property was rented and the difference between actual rent and the quoted rental guarantee was paid by the marketing company. When the 1st year rental guarantee ended, and it was time renew the lease, the tenants weren’t prepared to pay the massive $75 per week increase.

You see by this time there were another 50 of these houses built in the area and new houses entering the rental market each and every week of the year. All the new houses had a rental guarantee and tenants were able to jump out of their 1-year old home and move into a brand-new home in the next street over, without paying a cent more.

Robert and Jane were bleeding cash trying to get the rental amount they needed to meet their commitments. They soldiered on for 5 weeks but by then their 3 mortgages were due and with no rental income, they were forced to drop their price to meet the market.

During this time, they were 2 days late on the bridging finance repayment and were hit with thousands of dollars in fees.

Don’t worry though because this is a great growth area and the value of the house will have gone up by now.

During year 2, Robert was made redundant. At his age he found it difficult to find a job quickly and as such was out of work for some time. The hard decision was made to cash out on the rental property.

Robert and Jane employed the services of a vendors advocate to help them find a good local agent that not only knew the area well but had good sales results. This was critical because being from Perth they had never actually heard of this suburb and had no idea what it was like. But don’t worry, remember it was hand selected as a growth hot spot by the marketing company.

The vendors advocate narrowed it down to a short list of 2 agents and the potential sales price was given to the Bakers. After they looked at the figure for the 3rd time, they asked each other how this figure could be $50,000 less than what they had paid to build the home 2 years ago and still have to pay the agents fees on top of that as well. It is in a great growth area with high rents, it should be desirable to buy as an investment surely. This agent must be wrong!

Sadly, the agent was doing their utmost to achieve the best price for Robert and Jane and unfortunately it is an all too familiar story. Although this property looked like it was a solid investment on paper, it was what Robert and Jane didn’t know that was critical.

This exercise set Robert and Jane back a good 10 years. Robert eventually got another job and managed to keep his family home but was faced with working beyond his intended retirement age just to get back to the same financial position they were prior to buying the investment property.

I can tell you this story because I first hand saw it over and over again.

For every Robert & Jane there are another 100 that have had a similar experience and for some, they lost everything.

Don’t fall into the same trap as the Robert and Jane. Arm yourself with information, engage an expert who charges you a fee for their advice or service and don’t be sold a pipe dream by hyped up marketing seminars and property sprukers. 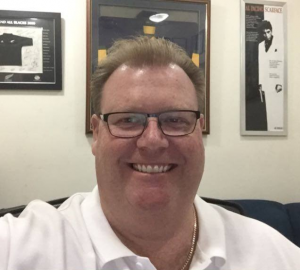 Jason has been involved in the property industry since 2007 in varying capacities. His strong accounting and business management background has provided a solid foundation for making strong information based decisions rather than emotional ones, something he is keen to share with his clients. Helping to guide people through the minefield of misinformation is something that is very important to Jason. Good information is king!