The RBA has been Crystal Balling!

The reserve bank just told you what is going to happen for at least the next 3 years. 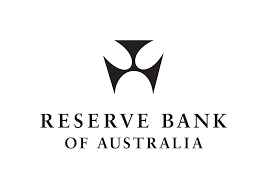 On the 15th of October this year, Reserve Bank of Australia Governor, Philip Lowe, delivered a speech.
The is not particularly unusual for him to do, but the content of this speech was unlike anything I had heard before.
If you are keen to read the actual speech, then click here, or read on below for my paraphrase and top takeaways from it.

Philips Lowe’s address was in relation to the Corona Virus pandemic and the impact it has had on the Australian economy. He presented lots of data about employment, ages, industries etc that have been impacted, earning and payroll, retail sales and household consumption.

The whole speech was informative as usual, but it was also a forecast to the future.
Let’s look at some key quotes and I will put Scotty’s spin on them:

PL – “One of the many unique features of this recession is that it has been associated with a big increase in household saving…
Over recent months, there have been record rates of repayment on personal credit cards and other forms of personal debt..
For many people with a mortgage, much of the extra savings and some of the superannuation withdrawals have been used to increase their balances in their offset accounts, with offset balances up 10 per cent since March. Other people have simply paid down principal directly. Combined, all forms of mortgage payments – including the additional balances in offset accounts – reached a record high over recent months, despite repayments being deferred on around 8 per cent of housing loans”

SN – Unlike past recessions, this one has seen more savings banked and debt paid off (as an average) than before.

PL – “Many have boosted their cash buffers over the past six months and face a decision about what to do with these: sit on these buffers in case something goes wrong, or use them for investment and expansion?
The better outcome for the economy is for households and businesses to keep spending and investing.”

PL – “This fiscal support necessarily involves increased borrowing. For a country that became used to low budget deficits and low levels of public debt, this is quite a change. But it is a change that is entirely manageable and affordable and it is the right thing to do in the national interest. Debt across all levels of government in Australia, relative to the size of our economy, is much lower than in many other countries and it is likely to remain so. The national balance sheet is in a strong position and is able to provide the support that is now required. The Australian Government can borrow at the lowest rates ever and the demand from investors for government bonds remains very strong. The states and territories can also borrow at record low rates and have an important role to play in the national fiscal response.

SN – Other countries are in more debt, so we are ok. Interest rates are low, so everyone, borrow away!

PL – “No doubt, there will be a point in the future when attention will need to return to the task of rebuilding our fiscal buffers to deal with the next downturn. This task will be easier when the additional government spending is temporary in nature. In any case, the best way to rebuild these buffers is through economic growth.”

PL – “The package of measures announced in March – including the target for the yield on 3-year Australian Government bonds – has led to record low funding and borrowing costs, which have eased the burden of the pandemic for many people. The RBA’s open market operations and the Term Funding Facility have both contributed to a plentiful supply of liquidity in the Australian financial system and this is supporting the supply of credit to households and businesses. This supply of credit will be important in the recovery phase.”

SN – RBA dropped rates and pumped a massive supply of money in the system. RBA think this helped people so will continue to do it for a long time yet.

PL – “our communication has stated that the Board will ‘not increase the cash rate target until progress is being made towards full employment and it is confident that inflation will be sustainably within the 2–3 per cent target band’. It might seem strange to some that we are even talking about the day that interest rates increase, given that it is a long way off. But expectations about future interest rates affect people’s decisions and asset pricing…
The Board will not be increasing the cash rate until actual inflation is sustainably within the target range. It is not enough for inflation to be forecast to be in the target range. While inflation can move up and down for a range of temporary reasons, achieving inflation consistent with the target is likely to require a return to a tight labour market. On our current outlook for the economy – which we will update in early November – this is still some years away. So we do not expect to be increasing the cash rate for at least three years.”

SN – interest rates are going to be low for a very long time, RBA will monitor inflation, but it needs to hit targets and be sustainable (whatever that means). Low interest rates help people decide to buy expensive assets (property anyone?)

PL – “To the extent that an easing of monetary policy helps people get jobs it will help private sector balance sheets and lessen the number of problem loans. In so doing, it can reduce financial stability risks.”

SN – Flooding the Australian economy with money, the RBA has deemed, is helpful to private pocket (you and me) and actually reduces bad debts.

In summary, the RBA is going to actively promote flooding the economy with very cheap debt and will keep interest rates exceptionally low for many years to come.

They want to do this to stimulate growth but also to provide confidence around private asset pricing decisions.

The RBA now use your house price growth, as one indication of a healthy economy!

Since 2004 Scotty North has been helping people buy the best properties for their needs at prices that simply speak for themselves. 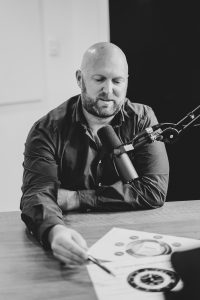 Scott has been instrumental in bridging the gap between financial planning and traditional real estate transactions through his property advice model.

By carefully considering his clients’ goals and planning for market changes via demographics and trends, Scott designs a future proof outcome not only specific to the client’s needs but dynamic in its execution with performance indicators and exit strategies built in.