Time to get personal… 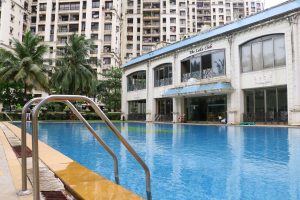 In 2004 I had left my last career and was starting our buyer’s agency business. While I was waiting for licensing and other things to get moving, I was helping an electrician mate as a labourer for some much needed cashflow.

During this time Craig, my mate, had a contract to provide air-conditioning services for student accommodation on the Sunshine Coast. This was installation after the fact, meaning that construction was finished a few years earlier and the owners now wanted aircon (split system) installed.

I headed out to help with my first install. Craig had done a few already and was familiar with the premises and all the onsite staff were very accommodating if we needed anything.

This particular student accommodation site had about 130 units with 4 ensuited bedrooms in each unit. The units were generally let on a per-room basis meaning the gross rent returns were quite high.

We had quite a few weeks’ worth of work at this particular site and one of the days we had two different brands of split systems to install. The normal, cheap ‘no-name’ system that we had been installing in other units and now a ‘name brand’ one that was much more expensive.

Craig says to me, today we have ones that Mark, the onsite manager, has arranged for most of the units and the expensive aircon is going in just one particular unit.

Huh? Why?  Was my technical response. (The owner had contacted Craig directly.)

They don’t, Mark, the onsite manager organises it.

Oh that is nice, I assumed?

Craig then proceeds to tell me the following:

‘Not really, Mark (the onsite manager) called me up and asked me what was the best low end, cheap unit that will work in these complexes.  I told him these ones will do the job, but I suggested the other brand, however it costs more.

He says nah the cheap ones will do, and that he needed a fixed price to supply and install. I gave him my quote, then he cut me down on price because he has 130 apartments.

Anyway, we agreed on the price and the cheaper system and I said we could supply for that price because he has so many units to do.

The thing I didn’t know, until this one particular owner called me, was that Mark had contacted all the apartment owners to inform them of my supply and install price. That is ok, I didn’t mind, but this owner was calling me to check the pricing as he felt it was very high.”

(It turns out this particular owner looked up the Yellow Pages, picked out an installer at random and called him to check out the quoted price.  Just so happens, the person he called, was Craig, who had prepared the quote for the Onsite Manager in the first place.)

After some discussion, Craig gave him a price for supply and install (of the better system) and the owner says, that is a good price lets go ahead.

Craig said to the owner, “If you don’t mind, what was the price you had been quoted via onsite management.”

The owner tells him a price $1100 more than the price Craig had quoted the onsite manger.

(Any wonder the owner was calling around to check pricing!)

The manager was on selling (up selling) Craig’s supply and install quoted price, for an extra $1100 bucks clear! When you have 130 apartments needing air-conditioning, that is a decent clip on the side. The owners never knew, and it just so happened this one owner decided to check; called Craig completely by random, and we found out the full story.

It turns out that this onsite manager was clipping every tradie and every service in the complex. His income was much more than just from the management fees. To top it off, if you questioned him or caused a fuss, he would simply not rent out (or under rent) the rooms in your apartment. This was done until you sold it to the next blind buyer.

Not all onsite managers are like this and I am sure he is the exception to the norm. But this story does show that you need to be fully across your investments, even if it is being ‘professionally’ managed.

No own cares about your assets like you do, and it is your job to be on top of everything. The manager in this instance was in the wrong, but so were all the owners who simply blindly followed his lead.

Managed complexes have their place in our society, the question you need to ask is, do they warrant a place in your portfolio. If they do, then I trust you will be more diligent about the performance of the asset and the returns, than some other managed complex and body corporate owners. 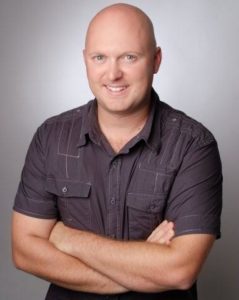 Since 2004 Scott Northcott has been helping people buy the best properties for their needs at prices that simply speak for themselves.
Scott has been instrumental in bridging the gap between financial planning and traditional real estate transactions through his property advice model. By carefully considering his clients’ goals and planning for market changes via demographics and trends, Scott designs a future proof outcome not only specific to the client’s needs but dynamic in its execution with performance indicators and exit strategies built in.